The Girl Declaration: making girls heard by the world

Girls can help end poverty. Now, this fact is widely acknowledged in the development community, and girls have a place on the global agenda. But until 2015, this wasn’t the case.

Girls’ inclusion in the post-2015 Global Goals for Sustainable Development (SDGs) was a landmark moment for girls globally, and we’re proud that the Girl Declaration helped make this happen. Here’s how.

In 2013 we made it our mission to secure girls’ place in the Global Goals for Sustainable Development.

These goals are the successor of the Millennium Development Goals (MDGs), a set of 15-year targets put in place by UN member states to address and reduce poverty. Girls were left out of the original MDGs. We set out to put that right.

So, on 1 October 2013 we launched the Girl Declaration, a call for girls’ voices everywhere to be heard.

The Declaration was created in partnership with 25 development organisations, and in consultation wit more than 500 girls in 14 countries, across four continents.

It was the first time policy experts and girls themselves had united, ensuring girls’ real needs were identified and included in the SDGs. 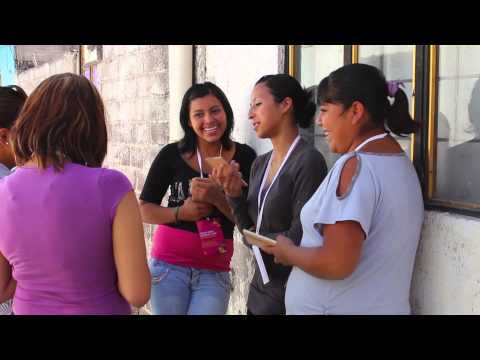 The Girl Declaration is here

More than 500 girls from 14 countries helped to write the Girl Declaration.

It was delivered to the UN by a delegation of girls on 11 October 2013, International Day of the Girl.

In addition, girls from each of the 14 countries the consultation visited wrote open lettersto the UN Secretary General, Ban Ki-moon, detailing their lives and experiences, hopes and dreams.

Within days, Ban Ki-moon publicly voiced his support for the Girl Declaration.

"To achieve meaningful results, we need fresh solutions to girls' education challenges and we must heed the voices of young people."

"I have heard from girls around the world participating in the consultations for the new Girl Declaration. I resolve to ensure that Global Education First mobilises all partners to respond to their powerful call for empowerment."

Soon, more than 30,000 people had read and shared the Declaration. It was signed and endorsed by world leaders and influential figures such as Oprah Winfrey, Archbishop Desmond Tutu, Queen Rania of Jordan, Malala Yousafzai, Richard Branson, Barbara Bush and Gordon Brown.

We are enough. We matter. We are NOT invisible. Girls around the world are having their say. This is the moment to listen. #GirlDeclaration

Government and business leaders were equally keen to show their support, including the World Bank, USAid, Nike, Intel, Microsoft, Johnson & Johnson, Unilever and the United Nations Foundation.Nigel Chapman, CEO, Plan International, one of the organisations involved in the consultations, said:

"Supporting girls to realise their rights and aspirations is one of the best investments we can make to end poverty."Providing girls and boys with the opportunity to complete a quality education is central. This is why Plan International is supporting the Girl Declaration and calling for adolescent girls to be at the heart of the post-2015 agenda." 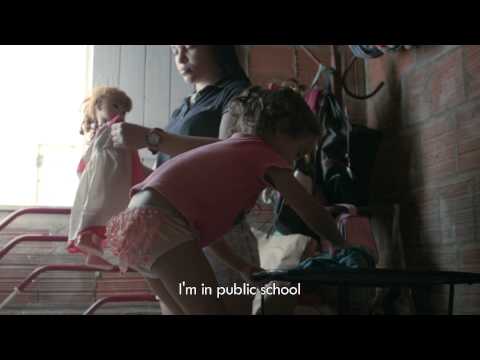 Celebrities too gave their support. Christy Turlington, supermodel and founder of Every Mother Counts, said “We signed the Declaration because one of the most important ways to [reduce preventable deaths related to childbirth] is by delaying pregnancy and childbirth for adolescent girls.”

“If a girl can stay a girl for the entirety of her childhood, if she can spend her teenage years and early adulthood learning, growing and expanding her horizons, if she can choose whether or when to become a mother, then that girl can do anything.”

The new SDGs were announced in August 2015. Goal five stated: Achieve gender equality and empower all women and girls.

Within the goal are nine specific targets, including the elimination of discrimination, violence, child marriage and FGM, and ensuring universal access to reproductive healthcare. The specific needs of girls are addressed within many other goals too.

But that isn’t the end of the journey, it’s the start of a new chapter. A new chapter in which girls are no longer a side issue and their voices are heard on a global scale. It’s worth celebrating.

Now is the time to make these new goals a reality. To achieve gender equality, and create a new normal with and for girls. Let’s make it happen.